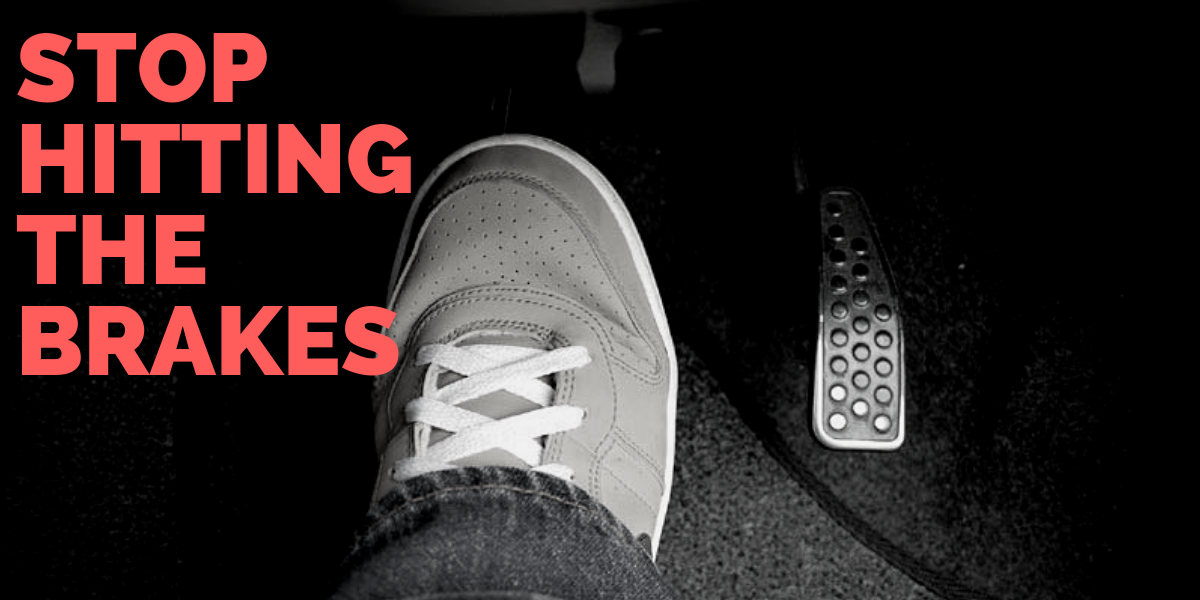 It was cold at the top of the volcano which, I was told, is true of every morning at daybreak. We were mounted on bicycles riding down the winding roads adorning the Haleakala, a large volcano on the beautiful island of Maui. We had begun our descent at 6:00AM and it was a gorgeous ride. Our leader was a local guide who urged us to stay together and enjoy the views along the way. But something was wrong with my bike. For some inexplicable reason, I fell behind our group of ten cyclists; so much so that our guide stopped the rest of the group and waited for me. Once I caught up he made a big deal of examining my bike to see what the problem was. Then he looked me in the eyes and said, “Keep up. Stop hitting your brakes so much.” Whoops. I thought there was a problem with the bike. The bike was fine but the rider had a problem.

As we introduced in our last article, we are looking at invisible necessities in leadership. What is often unseen that has huge impact? Well, one of those invisible necessities is the pace at which we make decisions, implement new plans, and deal with relational gaps. Speed. Speed is good. Leadership expert Jason Jennings says, “If you know what you need to do, why in the world would you do it slowly?”

When I was publicly called out for hitting my bike’s brakes too frequently I came face to face with different reasons why I might want to slow down. They are the same reason why we hesitate to lead with speed.

One reason is fear. Fear of getting hurt is a huge reason why leaders move too slowly. Sometimes the pain is physical, like getting splattered on the side of a volcano. Often the fear is more a fear of failure or of not being admired; especially if you already have influence. If you have nothing to lose you tend to move quicker. But if you might lose what you have worked hard to attain the brakes get applied. What role does fear have in how fast you lead?

Another reason we move slowly is unfamiliarity. I slowed down because I have never ridden a bike down a volcano before. Others had no problem but for me, the newness of the experience caused me to lack confidence. If there is one thing that we can all attest to is that we move faster when we are confident. This self-assurance is a leadership must, even in unfamiliar terrain.

How do we get confidence when we are in a new situation? I think it comes from culture. If our leadership culture is made up of values such as faith and risk, if we value moving forward and looking for the new, we are more inclined to hit the brakes only when we need to. On my bike that beautiful day in Hawaii I was in self-preservation mode. No wonder I hit the brakes when I should have been enjoying the view.

Lastly, we slow down because we think we are supposed to move slowly and deliberately. One leadership trend that I see, especially in churches, is what I call the “aim syndrome.” I believe in the ready — aim— fire method. Prepare yourself for change (ready). Know the direction you want to go (aim). And then take action (fire). What I see too often is that we prepare ourselves and then spend months, if not years, aiming. We form committees, we read books, we talk, we talk some more, and then eventually we look to take action. We are stuck in perfectionist pattern of the aim syndrome. And crazy enough, we think that is how it is supposed to be. Slow. Methodical. Perfectionist. As I hit the brakes on my bike I remember thinking that I needed to hit the brakes. I needed to slow down.

After I was reprimanded by my Hawaiian guide I decided to only hit the brakes around the curves; and to slightly touch them. At first I was afraid and unsure, feeling a little bit out of control. But as I committed to speed I found myself enjoying the view.

Will you commit to the invisible necessity of speed, and hit your brakes only when you need to?

What you’ll find is that doing the right things without slowing down not only gets you to your destination faster, it actually helps you deal with fear, uncertainty and perfectionism.

Lead Well – Lead Fast. Gain clarity and getting smarter at knowing those invisible necessities to lead with excellence. Let’s talk. Intentional Impact is ready to help.

How are you, wittingly or not, hitting the brakes and slowing your own progress? Let me know below in the comments below.